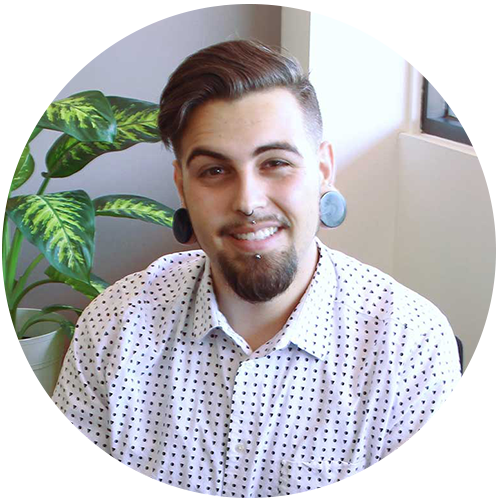 Introduction – This entry attempts to bring together two worlds that I have spent much of my teen and adult life in; the world of straight edge punk music and the world of positive psychology. My goal is to explain how a positive attitude can help perpetuate positive life experiences and interactions. We will take a look at the concept of Positive Mental Attitude (also referred to as PMA), and the psycho-social phenomenon known as the Self-fulfilling Prophecy. I will attempt to explain how these two concepts build on top of each other, to briefly show the reader the benefits of maintaining a positive attitude. I will also include a suggestion on ways to cultivate a positive attitude and incorporate it into a routine!

Positive Mental Attitude – Positive Mental attitude is a concept that I learned about from the Straight edge hardcore community as a teenager going through the turmoil of my parents’ divorce, the death of my beloved grandfather and the overall relational hardships that one most go through at that age. From my understanding, if I tried to keep a positive attitude, difficult things in life would basically just work themselves out. While this is not exactly what happened, it was helpful for me at the time to believe this.

From much of my research, it seems that PMA is a malleable concept that allows the youth of the punk scene to strive for a better world (1). While originally a concept by writer Napoleon Hill in the late 1930s, it became a staple in the punk scene through the work of DC’s seminal hardcore band Bad Brains, see image below (6). With their lyrics “Don’t care what you may say/ We got that attitude! Don’t care what you may do/ We got that attitude! Hey, we got that PMA!” the group unknowingly helped reshape the hedonistic punk landscape of the late 70s to one whose efforts were meant to create a positive future.

PMA has been an important concept and tool that I latched on to in my late teens. While I had a large friend group, the environment left me with feelings of loneliness and sadness. I often wished to get rid of these emotions. At the time I naively believed that PMA would do that for me. If I could “fake it” than I would eventually feel happier.

I have reflected on this situation often. I realize – as an adult with training in the mental health field – that PMA is not something that can solve all of my problems. PMA does not make the uncomfortable emotions go away. However, I am very grateful for having found it, because it was something that I believe helped a teenage me navigate his way into adulthood.

Self-Fulfilling Prophecy – The term “self-fulfilling prophecy (SFP)” was coined in 1948 by Robert Merton (2). The phrase was used to describe a false belief that leads a person to behave in a way that confirms that belief. (3) According to simplypsychology.org, “There are two types of self-fulfilling prophecies: Self-imposed prophecies occur when your own expectations influence your actions. Other-imposed prophecies occur when others’ expectations influence your behavior. ” According to the research I have found, there are various examples of self-fulfilling prophecies, most notably the “Placebo Effect” and the “Pygmalion Effect” (4).The Placebo Effect is when a group of patients are given “fake treatment” and compared to another group who are given the actual medication or treatment. It has been shown that improvement in symptoms occur even with patients who are given the placebo. This is not to say that the ailment will go away, but according to Professor Ted Kaptchuk of Harvard-affiliated Beth Israel Deaconess Medical Center, whose focus is on the Placebo effect, it is a “is a way for your brain to tell the body what it needs to feel better.” (7).

A good example of this experience is in analysis of the National Center for Education Statistics’ Education Longitudinal Study or ELS (5). This analysis showed that when a high school teacher had higher expectations for their students, they would be 3 times more likely to graduate from high school. It also showed that teachers have lower expectations for their students of color, which may perpetuate the lower rates of graduation.

Before you say it, yes, I understand that correlation is not causation. However, if these teachers believe that their students can do better for themselves, then they will treat them in a way that will motivate that. Unfortunately, the adverse seems to be true as well— if a teacher believes that some students will do poorly, then they too will be treated in that manner.  The power of expectation appears to have an impact on their experiences.

Both of these examples would suggest that our beliefs and expectations have the ability to be very impactful towards our successes or failures.

So brace yourself for a rhetorical question…here it goes…why do I feel the need to share all of this? Well, my friend, I will tell you. Ahem. I believe that the SFP is a psycho-social explanation for why the idea of PMA can be beneficial for those who attempt to apply it. A way that I have tried to help clients cultivate positivity is through Donald Altman’s “G.L.A.D” technique (8). I used this in every group I led for a year and a half in a recovery center where I worked. I believe that the consistent use of this tool will help clients really notice the progresses they have made through their time in sobriety or working through their traumas.

With this tool, you can reflect on the following things:

Gratitude – Something that you are grateful for in the moment. This can really be anything from basic needs being met to being able to notice what you want differently in your life.

Learned – Something you have learned during the day. In my experience, this is usually about others, yourself, or a topic you find interesting.

I believe that the use of this technique will allow for more mindfulness in one’s growth and abilities. This may lead to more confidence in those abilities and ultimately, in themselves. Based on the studies above, this can create a better experience from the world around them.

Conclusion – If we have learned anything from the examples, our mind is a very powerful tool. It can create an amount of its own healing without medication. It will also, according to Merton, lead to a confirmation of “fictitious beliefs” (3). Based on the Pygmalion Effect, I believe that if I am to wake up in the morning and intentionally remind myself that I will have a good day, I will likely behave more positively towards others, who will in turn act more positively towards me which will cause me to feel more positively towards myself.

Despite what a younger me believed, “keeping it PMA” does not replace emotional processing. In fact, pretending that it does may cause further distance from those emotions leading to emotional disconnection or numbness. The concept is a decision to try to see the glass as “half full” with the goal of bettering your own experience.  That does not mean that you will not have a bad day. But like various coping skills, with proactivity, PMA may allow you to respond more calmly and appropriately to difficult events.

Rikk Cavin, AMFT specializes in supporting young adults, teens, and adults who want to learn to work through their anxiety and depression and live more authentically. Rikk gives you space to explore different parts of your identity, your strengths, your challenges, while providing compassion and mindfulness practices.

Interested in working with Rikk? He is currently offering virtual online therapy sessions and in-person sessions (when appropriate). Reach out to him today! 657-201-9030 or [email protected] Our therapists believe that symptoms are signals and messengers from our Psyche and physical bodies that want to help us heal. We believe that all parts of a human being are valuable, play a role, and even contradict one another.